Patti Jo and Dancer from the Dance 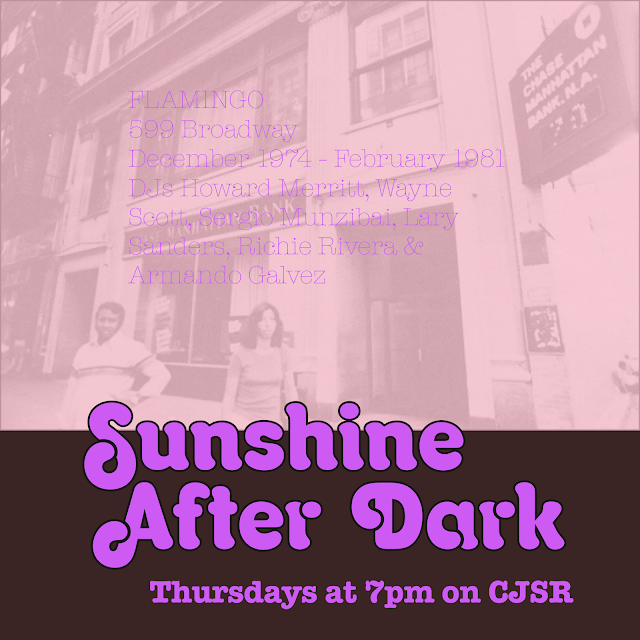 Figuring out what djs were playing before 1974, when Vince Aletti and Tom Moulton started their regular columns, can be a challenge. Sometimes you have to rely on alternate sources. Dancer from the Dance (1978), a well-known gay novel by Andrew Holleran, is one such source, set in the time and social milieu of early discos, and generally regarded as a credible portrait of that scene.

The novel makes a number of references to specific songs and artists, and on the show this week I will play some of that music and connect it with the descriptions in the text.

One song in particular occupies a prominent position, featuring multiple mentions throughout the story, as characters keep referring to it: Patti Jo's Make Me Believe in You, which was written and produced by Curtis Mayfield and released in 1973. In fact, Mayfield recorded his own version of it the next year and I will play both versions on the show.

There is a strong parallel with Aretha Franklin's Respect, which was originally recorded by Otis Redding, in the way that she flipped a male demand for respect and obedience into an arguably more powerful demand for female respect, and—not incidentally—laid down the definitive version as a result.

Patti Jo's version is faster, more insistent and more intense than Mayfield's, and this affect of defiant yearning gives the song a devastating impact on the dancefloor.

Today, copies of the original seven-inch command prices upwards of $150 on discogs. Tom Moulton remixed the song for the first volume of Disco Gold in 1975, and that's the version I'll be playing.

The drug references in the novel are... copious, shall we say. I'll tone them down for the public airwaves, but you can find the book in the library or your favourite ebook source.

Also this week, I begin a new series of promo images for the show featuring historical disco clubs in New York city. Originally shot by Christopher Makos and published in Albert Goldman's book "Disco", they have been identified by Discoguy and his friends over at disco-disco.com